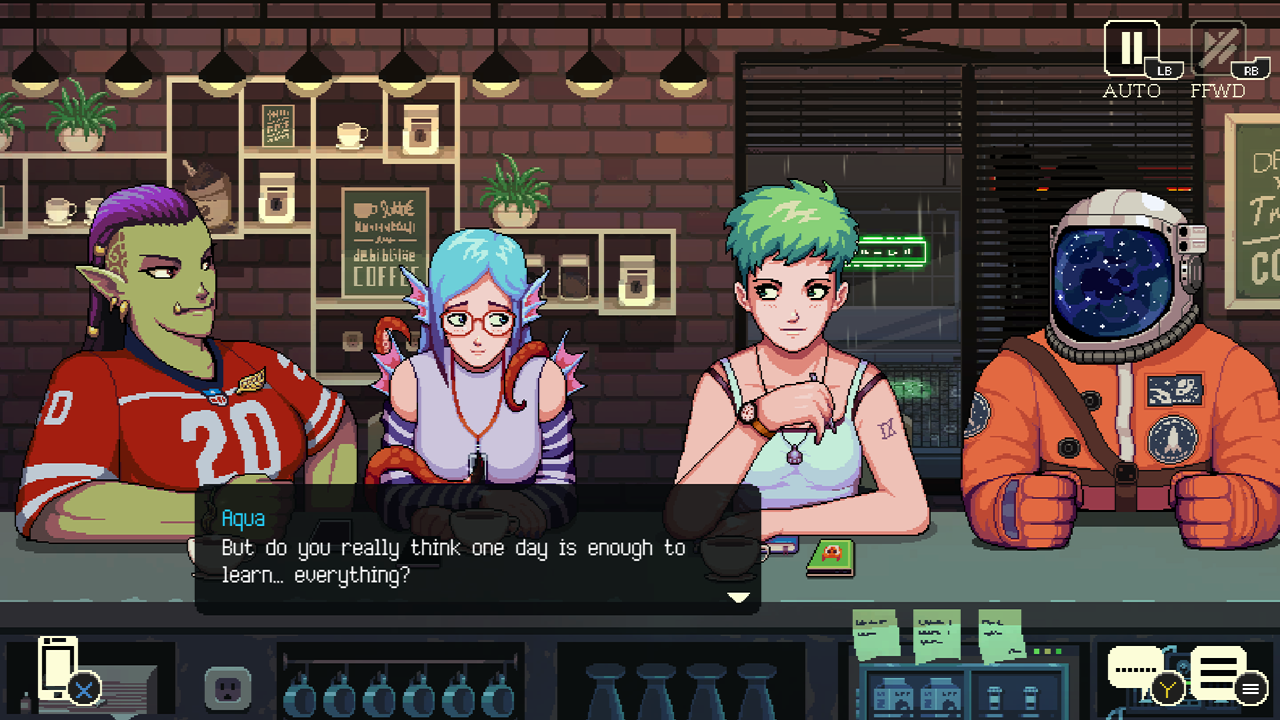 Sometimes I first play a game years, or even decades, after its release. Other times I get partway through a game, get distracted, and then revisit it years later. Calling any discussion of a long-lived or dormant game either a “review” or an “impression” feels incorrect, so the more literal title wins out. (However, I’m going to use “finished” to mean “finished by my own standards”, rather than 100% completed).

Going from my first recorded achievement date in 2014, to completing the career mode yesterday, I took 6 years and 1 month to complete skate … somehow I doubt this is the worst offender on my backlog!

So how well did skate hold up? Was it still enjoyable in 2020?

Three things make skate interesting to me; its control system, its skate-video camera style, and its UI. In skate’s “flick-it” system, the right analogue stick roughly resembles the way a skater’s feet move. Pulling down the right stick then flicking it up approximates the “pop” of an ollie, while sweeping motions flip the board horizontally and flicking motions flip the board vertically.

Carrying out tricks feels satisfying in this system. Flipping out of a grind then precisely landing in a manual to continue my line was just one of the motions that initially required a lot of practice but later became a reliable part of my toolbox of tricks. However, differentiating between tricks with similar inputs can be difficult. For example, the stick inputs for a Laser Flip and an Inward Heelflip are millimetres apart. This is only an issue for me during the Pro S.K.A.T.E challenges, which involve copying another skater trick-for-trick. I often fail here because I move the analogue stick too close to the edges of its range of motion, so many attempts to perform specific flips result in mere Pop-Shuvits.

Another aspect of skate I really enjoy is its focus on not just skaters but filmers. skate looks and feels like playing through a skating video. skate‘s conceit is that the protagonist is always accompanied by cameraman Reda, and the player is seeing the view from Reda’s camera. It creates this atmosphere by using a video-esque camera view; low to the ground, angled, and similar to a fish-eye lens. I always got used to this style after a few minutes, but for many people the camera was a deal-breaker. That’s probably why this aspect of the game was toned down, and players had more freedom to adjust the camera angle, in the subsequent games.

Much of the UI supports the film analogy; loading screens resemble a tape display, while restoring your previous setpoint is accompanied by the visual effect and sound of rewinding a tape. Reda’s dialogue refers to a tape rolling when a challenge starts, and to cutting the tape after a success.

skate also experiments with colour temperature, modifying its environment based on your skating performance in the moment.  When you are skating without performing any tricks, the environment has a cold blue-grey tone. When you are on top form, with a 3x multiplier, the environment is warm and brilliantly lit. While many players found the shifting colour tones annoying, many others, like me, found the style engaging. Having your “flow” visually change your environment creates a minor version of the sensory blending that’s usually reserved for music games, and applying this to a sports game is unusual.

However, skate falls flat for me in other parts of its visual design. Its take on the deliberately unpolished style of skate culture sometimes seems untidy or untested instead; the subtitles frequently lack capital letters and punctuation, for example. I also found some of the menus unintuitive.

Finally, I appreciated how skate uses relatively grounded mechanics and environments but sets them inside a self-aware world. Pro skaters, event announcers, and Reda all break the fourth wall frequently and discuss being inside a videogame. This approach is subtler than the full-on chaos of skate 3, and its effect is more interesting to me than either complete seriousness or complete surreality.

I came back to skate after buying Session on Xbox Game Preview. I knew that I’d find switching between two games with the same subject matter but with such mechanically different controls to be frustrating, so completing skate first seemed sensible.

It also seemed fitting given that the approach and controls of the skate series inspired both Session and Skater XL. Both games have been described as “spiritual successors” to the skate series. Arguably, the success of skate has influenced the entire landscape of skateboarding games.

In my opinion, skate is still fun and still worth playing today. It’s definitely flawed; its physics are glitchy at times, its career mode is minimal, and its menu and map design is divisive. However, its core gameplay still holds up well, and its a game which took risks and tried new ways to portray a genre. The most polarising element of skate – its focus on feeling like a skating video – shows how studios can successfully start again from the roots of a genre, and test new ideas which go against genre conventions. skate‘s unique style makes it a bold experiment that’s worth exploring.

P.S. A new skate game was announced at E3 just hours after I completed the career yesterday … I’m curious about whether this new skate will take a simulation route, whether it will extend the arcade nature of skate 3, or whether it might take the same “back to the drawing board” approach as skate.

One thought on “I Finally Finished … skate.”